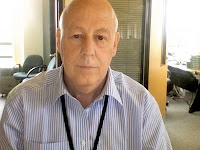 I know I’ve spoken about specialty engines before (about a year ago, in fact), but at the Virtual IMS Connection (www.virtualims.com) user group we were lucky to have an excellent presentation by Tom Harper, an IMS product author from NEON Enterprise Software. Tom has been in software development for 48 years and in that time helped start BMC Software, and is currently the Director of IT on the SHARE Board of Directors.

Tom started by looking at z/OS platform evolution and the big leap forward in around 1995 with the introduction of smaller CMOS processors. This heralded an era of large numbers of processors, large memory, a steeply dropping price/performance curve, and escalating software costs. This in turn led to a big change in software licence charges. Early software was often free, with vendors slow to realize its value. However, prices began to escalate out of control and customers tended to be locked in. IBM looked for a way to help, but they got caught up in software licence issues themselves.

Tom suggested that IBM’s goal was to preserve existing hardware and software licence revenues, and to be competitive in “new” workloads. In order to achieve this, IBM’s plan was to create the concept of specialty processors, and (perhaps not surprisingly) do a great deal of marketing.

Interestingly, IBM provided software vendors with a zIIP API in order to develop software to utilize the specialty engine. The API requires work to run in enclave SRB mode. However, SRB mode does not allow any SVCs to be issued except ABEND – which isn’t particularly useful. The only access methods allowed are VSAM, Media Manager, and STARTIO.

Other services are not available in SRB mode, such as ENQ. Therefore, code services need to be broken out from logic, and services need to be able to run in TCB or SRB mode. For example, ENQs can be replaced with latches. This means that QNAMEs and RNAMEs must be converted or interpreted to a latch number. It also means that they must release latches when percolating (write own RESMGR).

If you’re interested, a copy of Tom’s presentation is available for download from the Virtual IMS Connection Web site at www.virtualims.com/presentations/specialtyproc.pdf.

And this presentation ties in nicely with an announcement back in May from DataDirect Technologies (part of Progress Software). They announced the results of internal benchmark testing performed at the company’s mainframe development lab. These test results found examples where greater than 99 percent of mainframe Web services-related processing could be diverted to a zIIP specialty engine using DataDirect’s Shadow software.

Shadow Version 7 is a single, unified platform built exclusively for integration with System z mainframes. It expands the utilization of the zIIP specialty engine to more workloads than just DB2, including the non-relational mainframe databases Adabas, IMS/DB, IDMS, and VSAM, as well SOAP/XML parsing necessary for creating Web services within the mainframe to applications residing within CICS, IMS/TM, IDMS, and Natural. Shadow provides a way for the processing associated with SOA integration and data queries to be diverted from the mainframe’s General Purpose Processor (GPP) to the zIIP specialty engine – which does the work without using any of the mainframe licensed MIPS capacity.

Exploitation of the zIIP processor enables organizations to cost-effectively integrate the mainframe into an SOA by conserving GPP MIPS usage, slowing the rate of MIPS consumption and deferring costly mainframe capacity upgrades – the company claims. And I’m sure that’s the real point – that the specialty engine doesn’t save too much by itself, it’s the fact that a hugely-expensive mainframe upgrade can be postponed that makes it such a strategic purchase for organizations.

Complete survey results from the study are available at ca.com/mainframe/linuxresearch.
Posted by Trevor Eddolls at 16:35 0 comments 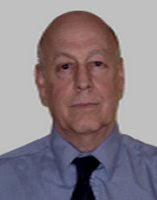 Don’t worry, you are at your friendly neighbourhood mainframe blog and have not been rerouted to a Christian fundamentalist site by mistake!! I’m just using the quote from Luke as a way of introducing a blog about search engines – following the recent introduction of Bing by Microsoft. I suppose I could have gone down the Bing (Crosby) and Bob (Hope) Road to Search Engines kind of introduction and worked my way to Dorothy (Lamour) jokes later on.

So, definitions first, a search engine is a way of guiding a user to the information they want on various Web pages across the Internet. Now, while that may seem fairly straightforward, we’ve all searched and looked at the answers and said to ourselves that that isn’t what we meant. And that’s the hardest part of the job of any search engine – knowing what a user actually meant when they entered a couple of words. It’s so easy to enter a word that can have many meanings – a place, a person, a school of thought, a song, or whatever. This is the kind of ambiguity that search engines are trying to overcome.

One solution to this problem is for every object to be allocated a key. Every Web page that refers to the object would include the key. This solves the first part of the problem, as far as the search engine is concerned it will know exactly what is referred to on that page. The search engine will know that it refers to the song, or to the person, or to the place, or whatever.

The idea sounds simple enough, but – and you just knew there was going to be a "but" – who is going to decide what key is going to be used by each object? Assuming the idea were to be accepted, then Search Engine Optimization (SEO) organizations would be getting plenty of work to update all the sites that they are responsible for. Which then leads to a new problem, which is how ordinary users would find good information and sites that weren’t updated to include the new keys.

Anyway, let’s take a look at the search engines that are out there.

Let’s start with Google, because most people are familiar with it. Google. Googles uses bots to crawl the Web and includes adverts around the ordinary results. It allows users to search images or news, and it has the quirky – I think that’s the right word – Wonderwheel (Click on “Show options" and it’s near the bottom of the list).

Wolfram Alpha doesn’t claim to be a search engine, but I included it here because it provides answers to questions. So, you don’t get 75 000 pages (or whatever) to look at to see the answer to you question, it tells you! Created by British scientist Stephen Wolfram, the new search engine allows users to ask questions using natural language and the search engine uses “knowledge models” to access the answer. I’ll leave you to judge how useful it is.

Microsoft’s Bing is the new version of Live.com. The one thing that makes it very useful is that at the end of each result there’s a thin vertical line. As you mouseover, it shows a more in-depth preview of the content on the results page.

The great thing about having different search engines available, and Google is quoted as having a monopolizing 80% share of searches, is that as one improves and tries to get an edge in terms of market share, the others have to improve in similar ways so as not to loose their share. Which has got to be good for those of us carrying out a search.
Posted by Trevor Eddolls at 18:39 0 comments

The mainframe - an exciting place to be!

Now I've always been a big mainframe fan (after all, I am an IBM Data Champion!), but just recently there have been so many exciting new announcements that it would be hard even for a Microsoftie not to be a little bit curious what’s going on. In truth, the mainframe world is abuzz with excitement and interest – and it is definitely looking forwards and not backwards.

For example, at the beginning of the month (4th June) IBM announced new System z software to enable companies to reduce IT costs while increasing business flexibility and improving service.

Putting flesh on the bones of this announcement, we find that IBM has announced 12 of the proposed 30 new software technology enhancements for this year for System z.

Looking at business intelligence and new database technology, IBM has recently announced or plans to announce the following: InfoSphere Warehouse for System z, which adds core data warehousing and analytics capability to DB2 for z/OS; Cognos 8 BI for Linux on System z Version 8.4, which provides a single view across virtually any data source; a new version of DB2 for z/OS, which will improve performance and lower administration and maintenance requirements; as well as IMS 11, which provides Open Database support.

These come on top of CA's recent slew of mainframe-enhancing announcements, some of which I have talked about in previous blogs.

It all makes the future of the mainframe much more interesting.
Posted by Trevor Eddolls at 20:44 0 comments

The ultimate iPhone app – a mainframe!!

Now I don’t have an iPhone (yet), but as soon as my current contract runs out, I’m going to get one. And I’m waiting expectantly for the latest iPhone OS 3 announcements – which should be known by the time you read this. But what makes iPhones so great – apart from the fact you can make phone calls – is that they come with a zillion tiny little applets that let you do things you didn’t know you wanted to do. And now one of those applets lets you control a mainframe!

Now before you get too excited, let me say straight away that I’m not talking about an IBM mainframe. Sadly. It was Unisys that made the announcement. But if you can use it with Unisys, it seems only a small step to include z/OS, doesn’t it?

Unisys’s announcement says that it has expanded its line of ClearPath mainframe servers to include connectivity for Apple iPhone and iPod Touch devices.

One of the new offerings included in the update is the ClearPath ePortal Specialty Engine, which enables remote workers using Apple’s iPhone or iPod Touch devices to communicate with other ClearPath applications.

Now I haven’t touched one of their computers since the company was called Univac and the operating system was 1100, but I think that’s quite an exciting announcement. All mainframes, in popular opinion, are sort of dull-but-worthy products that are only operable by geriatric programmers who have devoted 40 years to understanding their arcane intricacies. Suddenly, they become accessible by the most exciting technology on the planet – a phone with so many gizmos that anyone over 14 is struggling to understand all of them.

It seems that, were IBM to embrace this technology, they would solve so many problems in one go. Firstly, the problem of an ageing workforce would be replaced by an almost too youthful workforce. Secondly, mainframes would become something that youngsters would talk about and therefore this would directly lead to more sales – because it wouldn’t just be for men (and women, of course) in suits, it would be for everyone.

So more sales and a youthful workforce, it would be almost like the 1960s again at IBM.

Plus – and this section is for conspiracy theorists only – it would allow IBM and Apple to get together and destroy all PCs and Microsoft. Well, maybe not!

The iPhone interface is so easy to use that making it a way to control a mainframe has got to be a winning idea. Well done Unysis.

But what next I hear you say, an iPhone app to fly an aeroplane or control a nuclear power station? Remember you read the idea here first!!
Posted by Trevor Eddolls at 19:18 1 comments